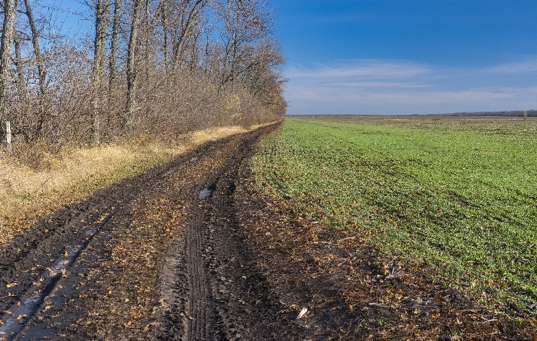 In nearly 20 years of helping farmers and landowners, the number one question I’ve observed as it relates to cover crops is: Who Pay’s For It?

There are many articles and publications from the industry that explain the long term benefits of cover crops, their payback, and return on investment.  There is also cost share funding available to assist those with the costs.

However, this article isn’t so much about digging into the benefits and costs, but rather, why isn’t the conversation more about WHY we should be using them versus WHO should pay for it.

So, who should pay for it?  Should the tenant pay for it simply because they are the renter and it’s written in the lease agreement?  Or, should the landlord pay for it, or reduce the rental rate to compensate the tenant for increased costs and potential impact on crop yields?

LEASE TRENDS VS COVER CROP USE

A farm lease agreement is the foundation of every landlord and tenant relationship.  We believe it is the underlying source of the Who Pay’s For It mentality and has a great impact on the tone of the conversation.  Therefore, we also believe its important to have a farm lease agreement that incentivizes good stewardship practices and change this conversation of WHO to WHY.

This become clear to us in 2018 after launching our Matching, Mentoring, and Leasing Programs at Next Generation Ag Advocates.  In particular, our leasing program where a high percentage of the rental relationships we work with are under a flexible cash rent lease arrangement versus the majority in the industry that use a standard fixed cash rent lease.

There are many reasons why flex leases have gained in popularity that we explain in greater detail in the articles linked below, but our conclusion is the question of who should pay for cover crops shifts to a conversation of why under a flexible lease arrangement.

The general concept for a flexible lease structure is to create a win-win arrangement with a base cash rent level, which is still a guaranteed rent payment to the landowner, but set at a reasonable level to allow the tenant to earn a profit even under an average or slightly below average production year.  In return, the producer will share their profits, typically at a range of 25% to 50% with the landowner in the form of a bonus payment.  In recent years, strong crop yields have produced bonus payments and net rental payments to some landowners that would have exceeded the rental rate they would have established under a typical fixed lease.

Since this structure is viewed as more of a mutually fair arrangement, one of the side benefits is that it also creates more of a partnership in the lease relationship versus the pull-tug we often observe between a landlord and tenant with a traditional cash rent lease.  A farm lease arrangement that creates a partnership leads to other side benefits.

The best type of lease to compare to a partnership is the traditional 50-50 crop share lease where the landlord and tenant share in the risk and reward in growing the crops by simply splitting the income and expenses.  Crop share leases were very common at one time but now represent less than 20% of farm leases today.  We feel the flexible cash rent lease is the modern day alternative and is well received by many in the next generation if explained properly.

Land stewardship practices such as no-till, cover crops, buffer strips, waterways, and conservation programs are all long term in nature and do not coincide well with rental arrangements that contain uncertainty when renewed on a year to year basis.

According to the ISU Tenure Study mentioned above, over 90% of landlords believe good stewardship of the land is an important attribute of their farm tenant.  Therefore, we believe a lease arrangement that incentivizes this is very important and overlooked by many.

The occurrence of spring flooding and wet springs is also bringing more awareness to sound management practices.  Based on Iowa weather records, the Renewable Energy Group estimates that we may experience intense spring rainfalls 37% of the time versus them occurring only 5% of the years prior to 1981.  Our soils are most vulnerable in early spring after the winter thaw and prior to the next year’s crop being planted.  A fall seeded cover crop to be there in early spring will help prevent soil erosion from these early spring rains.

WHO PAYS FOR IT

Consider taking a closer look at your farm’s rental agreement and ask yourself whether it is incentivizing good stewardship practices as much as you think.  Landowners that operate on a year to year rental arrangement will continue to deal with the question of who pays for it.  If stewardship practices such as planting a cover crop are important to you, consider a flexible cash rent lease structure and turn the question of who pays for it to why. Otherwise, our concern is who will really pay for it in the end is your family’s farm.

Please contact us if you wish to learn more about flexible cash rent leases and receive a personal analysis for your family’s farm.  At Next Generation Ag Advocates, we offer a flat fee leasing program and act as an unbiased 3rd party for your landowner-producer relationship.

Learn more from some of our other articles, including:

This story was written by Mike Downey, an Associate of Farm Financial Strategies www.farmestate.com and co-owner of Next Generation Ag Advocates www.nextgenag.us.  Mike has been assisting farmers and landowners for nearly 19 years with their farm transition and leasing relationships.  He can be reached at downey@farmestate.com

Has the American Dream Turned Into a Nightmare?