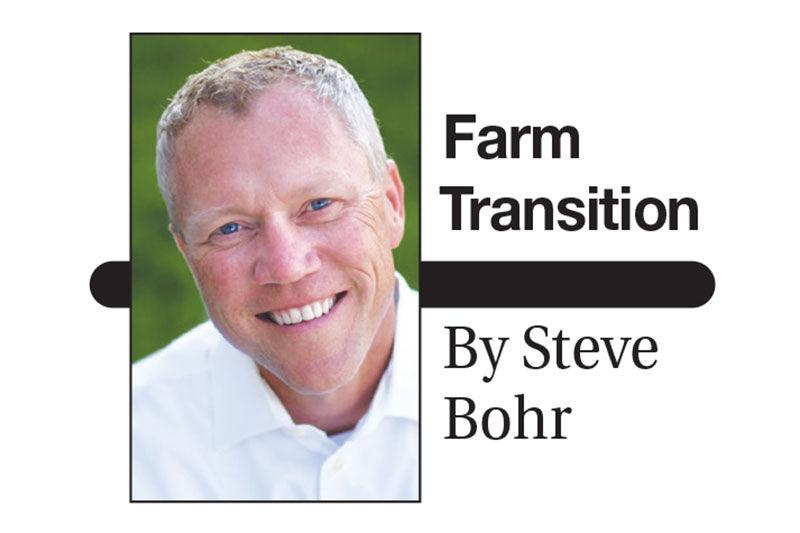 In 1992, I had the good fortune to meet my business mentor at my very first college interview. He told me that 10 years in the future, I would be the same person that I was that day with the exception of the books I would read and the people I would align with.

As a 22-year-old kid, I’m not sure I understood the significance of his message. Not being a voracious reader, I figured that I’d better align myself with the right people.

After 26 years in agriculture, I now understand the importance of surrounding yourself with quality. It isn’t difficult if you put yourself out there with genuine effort to build relationships based on trust and honesty.

Shortly after we first met, my mentor introduced me to the publisher of the Iowa Farmer Today. Sixteen years later, I sent my first editorial column to him concerning the perfect storm that had been brewing in agriculture. The elements prevalent at that time still exist (maybe even more today than ever).

It’s significant to review and recognize these elements that could combine to cause discord for some and opportunity for others in agriculture’s near future.

Although this age group can afford to subsidize land purchases that may not cash flow on their own merits (82 percent of Iowa land is debt free), this age group will also distribute their estates in an unprecedented transfer of wealth in the next 10-15 years.

The risks associated with future growth allow only a minority of producers the ability to sustain the economies of scale needed to compete in agriculture.

Unfortunately, there are fewer farmers feeding more people in the world. This has been a long-term trend that will likely continue.

Although we have pulled back in four out of the last five years, the average price of agricultural land is still at historical levels.

The cash flow required to acquire new land through purchase or rent is outside the range of profitability.

Growth requires subsidization and it is disheartening for young producers to realize their cash flow limit for land acquisition could be more than 50 percent under what the open market currently demands for land sales.

Interest rates have been at all-time lows. The current government Applicable Federal Rate (AFR) for a long-term loan (9 years plus) is 2.91 percent. It is only a matter of time until this turns on those who are not properly positioned.

People are living longer. If a landowner lives into their 80s and 90s with farming heirs in their 60s and 70s, there may be a generation who wants to own the farm, but may not have an opportunity to own the land until they are beyond their “land buying” years.

It is human nature for a farmer to defer Income tax, grain marketing decisions and estate planning. This brings emotion into the decision making process. “Kicking the can down the road” may cause more long-term grief than short-term relief.

Nothing tests the metal of a family more than a shared inheritance. This statement has never been more accurate than in a current farm estate trying to decide a “fair” distribution of an over-valued and illiquid farm estate.

Farming is a way of life and farm families are passionate about keeping it that way. Continuing the legacy is a fundamental desire that a vast majority of families want to achieve even though they may not have a specific plan to succeed.

For an entire lifetime, a farmer works diligently on the farm. They have scrimped, saved and sacrificed more than conceivable to get to their current position. Giving that up is not easy.

There is also an on-going struggle in rural communities for farm families to seek out specialized advice. In medicine, general practitioners refer health issues to specialists. This doesn’t seem to happen as much in estate planning in a rural community.

For the first 26 years of my career, we have focused on transition planning with families who have a farm heir.

After a recent discussion with a friend and client about agriculture’s perfect transition storm, we identified a new element in the transition storm that may well be more telling than any of the others. The 2017 ISU Extension Ownership and Tenure survey tells us that 53 percent of Iowa farms are rented (approximately 16 million acres) and 34 percent of Iowa land (approximately 10 million acres) is owned by people with no farm experience.

The real macro-economic issue in farm transition may not be transition within the family, but a transition plan for families who do not have a farm heir to transition to.

In the next decade, the real concern for our rural communities is the dwindling number of farmers due to retirement or death without replacement while the number of acres to farm remains constant.

These factors individually could mean serious issues for a farm’s next generation. My concern is that there may be a combination of multiple factors all occurring at once which could result in an unusual magnitude of issues — a “perfect storm.”

As an industry, we need to be increasingly conscious of transitions of land that will be operated by those outside of the family. This puts a greater emphasis on the landlord/tenant relationship.

Solid long-term rental relationships are going to be an important factor for survival for the next generation of producers.

The future of production agriculture will favor producers who have a plan and the ability to effectively communicate a business process with the next generation of landowners.

A producer will need to be transparent with landowners regarding income and expenses while exhibiting honest and forthcoming farming practices that include fertility and land improvements.

In hindsight, my mentor could have told a farmer, “You will be the same person 10 years in the future except for the books you will read and the landowners you will align with.”

For 26 years, Steve Bohr has been a partner in the farm continuation firm of Farm Financial Strategies, Inc. For additional information on farm continuation issues or if you have a question please contact Steve via email at Bohr@FarmEstate.comor by phone at 1-800-375-4180.