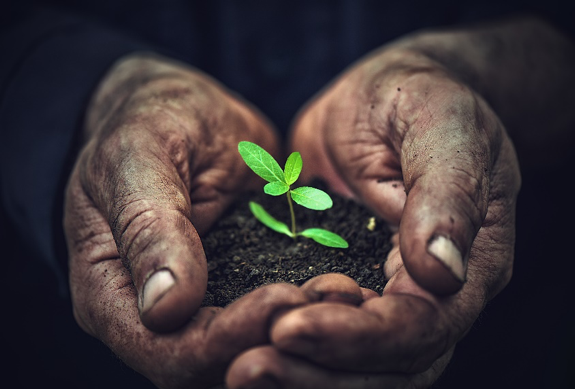 In the article, “Inheritance is a gift, not a right”, we quoted a retiring farmer saying “We are land rich but dirt poor.”  This was his assessment after review of he and his wife’s estate after 50 years of farming and building a respectable land base.  This is common with the retiring farmers and landowners we work with who are often humbled by the land wealth they’ve accumulated but feel far from rich.  Hence, the catch phrase: Land Rich Dirt Poor.

Granted, this is a slight over exaggeration on our part, but proves that much of a retiring landowners’ wealth is the equity in their land from long term appreciation versus an asset that may yield a strong annual cash return.  Sometimes it makes you wonder why farmers suffer through years of trials and tribulations to not better reap the reward from all their hard earned work. But, who are we to judge or define success or what it means to feel rich, especially when it comes to an asset such as land.

DIRT IS IN YOUR BLOOD

My guess is some of you reading this can relate.  Dirt is in your blood and all you know. Farming is a way of life and a great way to raise a family.  I have found this difficult to describe to non-agriculturalist and those removed from the farming way of life.  Many struggle to walk away from it unless forced to for health or financial reasons. In addition, our current tax laws encourage landowners to hold onto their land until death in order to avoid paying taxes.  For all of these reasons, the concept of selling land to cash out hard earned wealth and equity is a consideration by very few in the farming community, and also an ingredient in the farm transition Perfect Storm.  (Click here to read more on capital gain taxes and Perfect Storm).

Land Rich Dirt Poor is a conundrum we face in the world of estate and farm continuation planning every day and we will continue to face with an estimated 70% of family farms to change hands over the next 15 years.  The real challenge occurs during the handoff of the land from one generation to the next. Many of the reasons noted above for one generation holding onto the land may be lost in translation with the next.  This is a legitimate concern if your farm continuation goals are not well communicated to your heirs who will have an opportunity you did not – to cash in on your many years of hard earned wealth that, ironically, the current tax laws that discouraged you from selling may now encourage the next generation to do the exact opposite.

Think about what Land Rich Dirt Poor actually means.  The difference of one generation owning the land just because it’s dirt, humbled by the wealth you’ve earned and perfectly satisfied by not feeling cash rich.  Your kids, their spouses, or their respective advisors may view this differently if you or your estate plan doesn’t communicate your wishes otherwise. What you believe you are giving them to hold for future generations they very may interpret as you purposely waiting to give it to them through your estate plan so they can cash it in and sell it without any tax.  Then, they literally will be cash rich.

We have witnessed this unfold many times and one of the reasons we suggest a family meeting as one of the steps in our planning process.  This is an opportunity for one generation to communicate their wishes to the next while you are still alive and able to do so. At the very minimum, consider a hand written note which is much more personable and more respected than most formal estate planning documents.

WHAT’S IT MEAN TO BE RICH

We believe farmland will be a much more sought out asset in the future by investors, pension funds, and other buying groups as the secret addiction of owning farmland that has historically only been held by farmers now gains more and more popularity with non-farmers.  As the old saying goes, “Dirt, they’re not making any more of it”, and more and more want to own a piece of their own that will help produce the food to feed the world.

Some in the next generation will recognize this and continue to hold onto their family’s land for long term, sentimental and family reasons.  We will also see some incentivized to sell their family’s land to capture it’s cash value because of the growing disconnect between the income the land produces versus the price people are willing to pay for it.

All we know is the definition of rich is held by the eye of the beholder.  If you desire your family’s farm to be held by future generations, please give careful consideration of how they may define Land as it relates to being Rich and what message your estate plan may or may not communicate to them.

This story was written by Mike Downey, an associate of Farm Financial Strategies and co-owner of Next Generation Ag Advocates. Mike has been assisting farmers and landowners for nearly 20 years with their farm transition and leasing relationships.  He can be reached at downey@farmestate.com.

Matching & Mentoring the Next Generation – 1 Landowner, 1 Producer & 1 Farm at a time