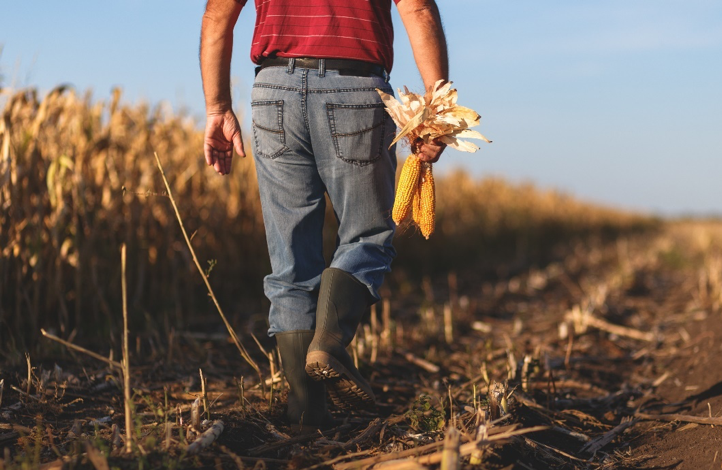 Recently, I came across a letter I wrote in April 1997 to the chairman of the Iowa Corn Growers recommending that we as an Association should support the expansion of the hog industry in Iowa.  The consolidation that has occurred since 1997 has given the livestock industry an entirely different look and feel from when I raised hogs. Reading this letter compelled me to sit down to write another letter, this time an open letter to anyone who cares to read it in regards to a topic near and dear to me:  American Agriculture.

I farmed for 40 years, raised hogs for 37, and also represented my fellow farmers serving the Corn Growers Association for many years.  I’m just a farmer, but I believe with all my heart that if we ever lose the integrity of American Agriculture, we’ll lose our Country.

Don’t take me wrong, I’m delighted for the future of American Agriculture and the opportunities those in our next generation will have.  With opportunity however will come challenges, and I fear some of those challenges are upon us but we just don’t realize it.

As my Dad once said: “Sometimes we need to see what’s right in front of us.”

Farming is a cyclical business, and I endured many ups and downs during my farming career.  The start of the 2019 growing season is giving us a reminder of just how fragile our production system in agriculture can be and has also brought heightened awareness to the current downturn in our farm economy.

I like to think big, so think about this:  do you know that our current supply of grain worldwide, while big, would only provide enough feed for our cows, turkeys, chickens and hogs for about a month in a half’s time frame?  This puts a lot of pressure on our farmers to perform, and for 6 years in a row performed they have producing above trend line yields and in some cases record yields year after year.  The demand for the products our farmers produce is remarkable.

What could disrupt all of this?  I’ve always been a big picture thinker and I offer you a few issues that I believe are BIG as they relate to the future of American Agriculture.

Grand Solar Minimum:  A periodic solar event that cools the sun and brings a cooler period to the planet.  Whether you are a believer or not, it has a 5,000 year proven track record to occur every 400 years.  The last grand solar minimum occurred about 400 years ago. What impact would a polar vortex coming down from the North cause if we had a late summer or early fall freeze?  What impact would this have on yields and our world grain supply?

China:  Yes, of course I mention China.  And trust me folks, while we’ve been distracted with presidential elections and the trade war, China has been very busy.  The China Belt & Road Initiative that is occurring on the other side of the globe could have a dramatic impact on the future foothold the U.S. will have in global trade.  The trade relationships we hold with our foreign partners will continue to be very important for the future of Agriculture and I support them 100%.

If you have a few minutes, I encourage you to watch a couple video clips on these two issues that are linked at the end of this article.  They will enlighten you.

Farmland:  I’ve always loved dirt and dirt is in my blood, and the map below illustrates why I’m so excited for American Agriculture: 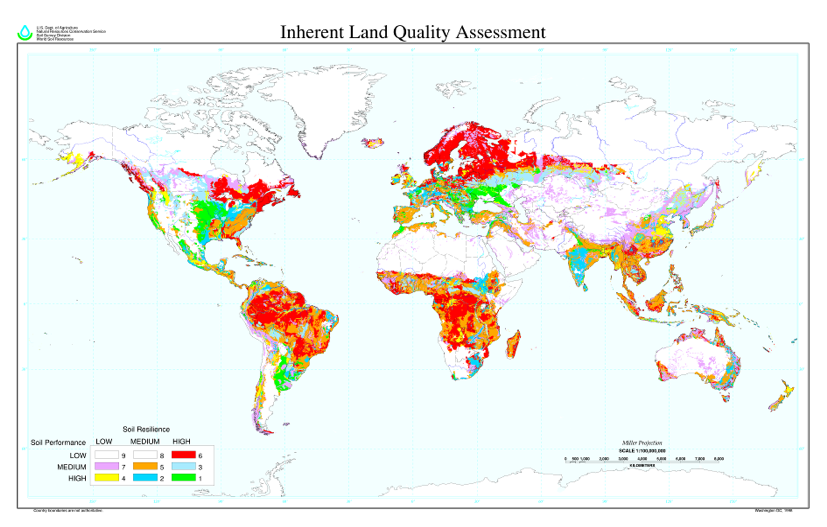 That large mass of green in the Corn Belt of the United States is where a majority of the food will come from to feed our ever growing world population.  For this reason, do you believe any of our foreign competitors would also like to own some of this precious dirt? You bet your heart they would. We have already seen increased interest from buying groups, investors, and institutional buyers to invest in farmland so they can own a piece of their own.

But think even BIGGER:  do you believe American Agriculture would have a different look and feel if a farm in your section, or the farm across your fence was owned or controlled by foreign interests?  The foreign ownership of many of our agricultural companies is one thing, but foreign ownership of our American soil is quite another.

MATCHING THE NEXT GENERATION

Who will own and operate our land in the next generation?  Nationally, it’s estimated 80% of farmland will be owned and controlled by those that don’t farm it themselves.  Likewise, 68% of farmers do not have children who farm and over 50% don’t have a successor.

When I retired from farming in 2015 after 40 years of farming, I did not have a successor.  However, I also struggled with the idea of turning my farm over to just anyone. Consolidation may be inevitable within production agriculture as operations get fewer and larger in size.  However, I decided to use a process to select a producer I was confident would carry on my operation with the same standards as I had as well as continue to live in and support my local community.  I also decided that other retiring farmers like me may be interested in using a similar process but may need help figuring that process out. I know I did, and it’s much easier said than done when it comes to retiring after years of farming.

It was in 2015 when I first had the idea for the programs we developed at Next Generation Ag Advocates.  In our Century Match program, we match retiring farmers and their landlords to young or existing producers to carry on their operation, all while living locally, supporting the local community and preserving the integrity of what the family farm has been.  If you are in the retiring generation like me, I challenge you to think whether you truly know every producer within a 5 mile radius of your farm. I didn’t, and I have yet to work with a farmer or landowner who has. If you are a producer looking to expand or have a son or daughter involved with you, I invite you to submit a profile to us on our website at www.nextgenag.us so we can learn more about you.  Sometimes the perfect matches are right in our own backyards.

My friends ask me why I’ve involved myself with starting a new company at my age?  I tell them quite simply, because it’s what’s needed and somebody has to do it. I am confident there are many out there that share my passion for American Agriculture so please, let’s all come together and look at the BIG picture of what’s happening right in front of us.  The age of the farmer and landowner is the oldest in history. Where there lie challenges there lies opportunity. Some challenges are controllable, others are uncontrollable. Our pool of farmers is already shrinking, and every connection we fail to make increases the threat to further consolidation and losing the future integrity of American Agriculture.  As your family farm transitions, please give careful consideration to whom will own and operate our land in the future and what you can do about it.

This story was written by Glen Moeller, co-owner and founder of Next Generation Ag Advocates www.nextgenag.us.  Glen has been assisting farmers and landowners for more than 15 years.  He retired in 2015 after 40 years of farming but remains active in the agricultural community.  He can be reached at info@nextgenag.us.