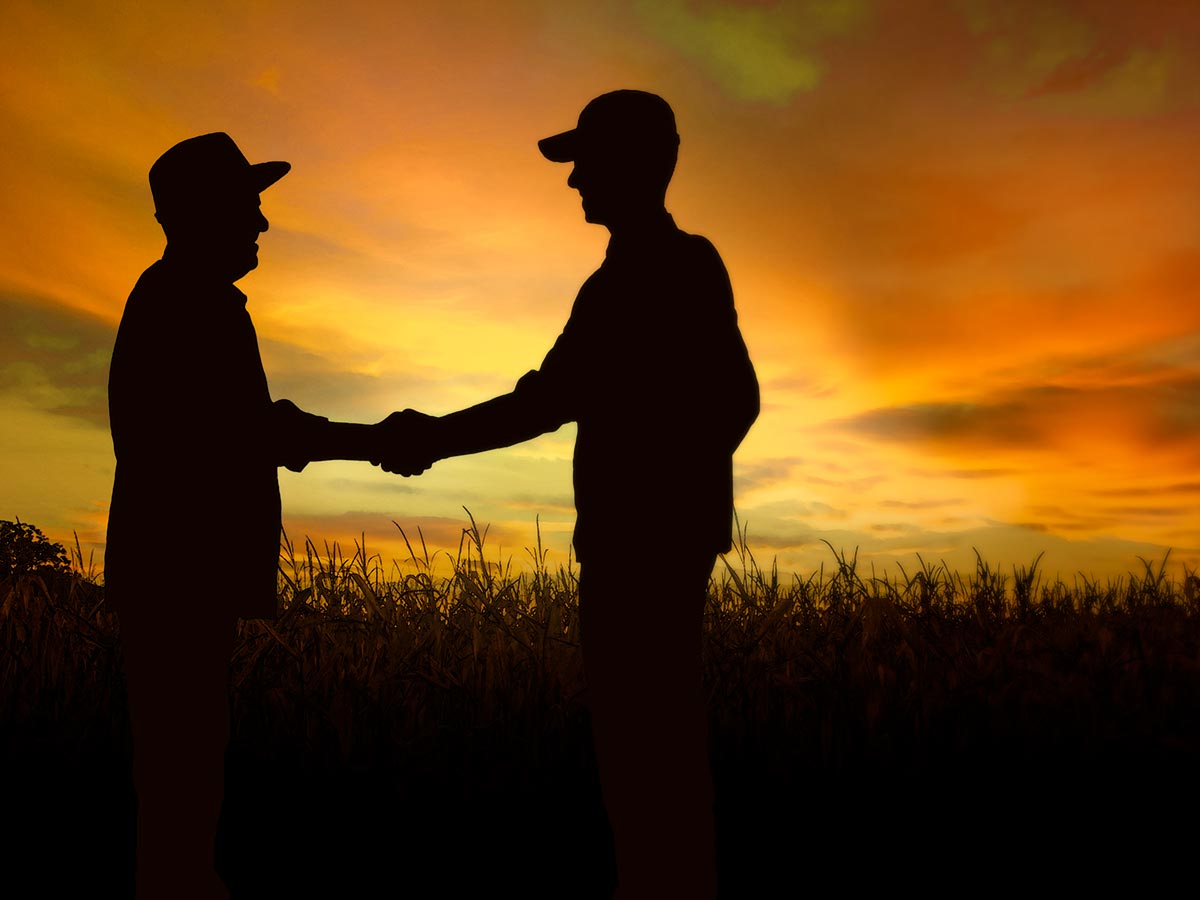 Production agriculture will face multiple challenges in the decades to come as several reports suggest our world population will increase by over a third to a total of 9.8 billion by 2050.  This means the demand to produce food to feed this growing population will continue to grow.

One of the issues that has been overlooked by many is the generational gap between the next generation of landowners who will own the farmland and the producers who will operate it.  These two groups of people need to be connected in order to preserve the family farm that will feed this growing population.

The USDA found in their 2012 farmland tenure study that “70% of family farms will transfer hands over the next 20 years.”  Most of these farms will transition to the next generation that may have not grown up on the family farm themselves but still have an emotionally attachment to it.  Nationally, nearly 80% of land owners will be non-farmers.  These transitional challenges that lie ahead is where the vision for Next Generation Ag Advocates was formed.

A Vision for Connecting Landowners & Producers

Glen Moeller and Steve Bohr have seen this trend coming just like others in the industry have recently observed.  These generational changes in land ownership as well as who operates it was part of their vision for forming a new agricultural company, Next Generation Ag Advocates.

Glen Moeller, Long Grove, IA experienced this first hand with his own family farm.  “For decades it has been relatively easy for a retiring farmer or landowner to find a ready and able new operator for their farm.  However, the pool of farmers that operate the land is now smaller while the group that owns it is growing larger and transitioning at a more rapid pace.”  Glen retired in 2015 after 40 years of farming and was startled over the few young or existing producers in his neighborhood that were able to take over his approximate 1,000 acre farm.

Steve Bohr, Swisher, IA has observed this trend too.  He wrote about it in 2012 in an Iowa Farmer Today column “Perfect Storm Brewing in Agriculture”.  Steve farms himself and has been helping farm families and landowners for nearly 3 decades with their farm transition to the next generation.

In this article Steve writes about any one of 10 factors that could affect the transition of a farm to the next generation.  These potential issues are microeconomic for individual families but macroeconomic for the long term viability of agriculture.

Steve and Glen are not alone.  Here are some other observations from the Industry:

“The Average Age of the Farmer Doesn’t Matter” was written by Renee A Vassilos and published in April 2018.  She and a colleague went on a 10 day discovery tour through the Midwest meeting over 60 farmers and other ag industry players.  They were surprised by the generational gap they saw and the fact that a younger generation is both running farms and leasing out farmland.

“Generational Flow: Replacing Farmers & Ranchers in the Family Farm” was written by Amy Hays in June 2017 where she many families may choose a nontraditional transition simply because available replacement farmers are decreasing.

“Ninety-nine percent of America’s farms are family-owned, but only half are family-farmed” was written by Beth Hoffman in May 2018.  She concluded that as land is passed onto to kids and grandkids, millions of acres across the county end up being owned by people who are no longer farmers.

Next Generation Ag Advocates – The Mission

Next Gen Ag’s unique Century Match program was developed to specifically match retiring farmers or non-farming landowners to prospective producers who will operate the land, and then support the relationship by providing education and industry knowledge from an unbiased 3rd party as well as overseeing the lease relationship.  They strive to be true advocates for the next generation and preserving the family farm – 1 Landowner 1 Producer and 1 Farm at a time

The above content was summarized from interviews for a story published in August 2018 in Successful Farming Magazine.

Has the American Dream Turned Into a Nightmare?